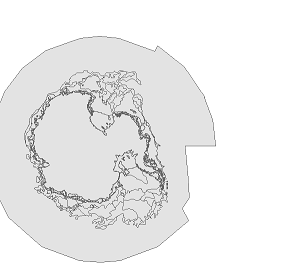 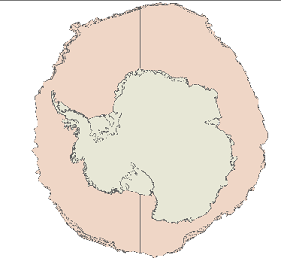 Problem: NIC/NSIDC Antarctica data was appearing flipped 180 dg, without coordinate system or projection defined. When other polar data, thought to be in the same coordinate system/projection was placed with this data, the other data appears to be flipped 180 in the right orientation (though the data in question is still flipped).
Solution: Modify the projection of the data in question to have a central meridian of 180 instead of 0 (with "define projection" using a custom projection based the other data). THE DATA VIEW PROJECTION MUST ALSO BE SET TO THE PROJECTION OF THE "GOOD" DATA (e.g. 0 Meridian, Polar Stereographic)
Posted by Unknown at 11:11 AM